Yes I am still being a lazy bastard.  A mixture of ennui, business, and terrible time management.  But.. I have some new STUFF anyhow.  Let's do a quick show and tell. 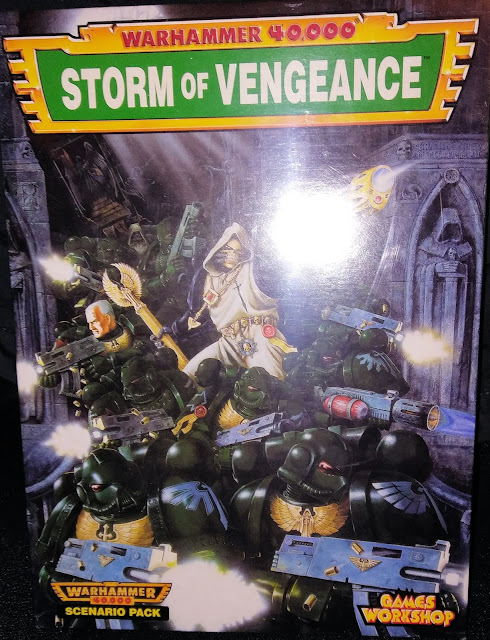 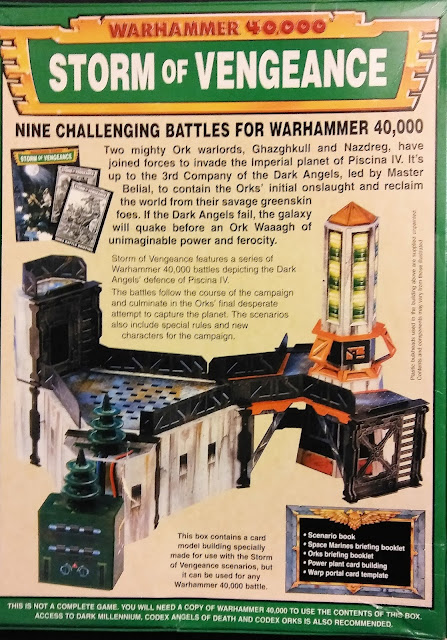 Finally my Second edition Warhammer 40K rules type product collection is complete to the best of my knowledge!  While I paid a bit more than I wanted (50 USD shipped) generally even loose copies run a bit more than that.  Eventually I would like to do a review of this puppy. 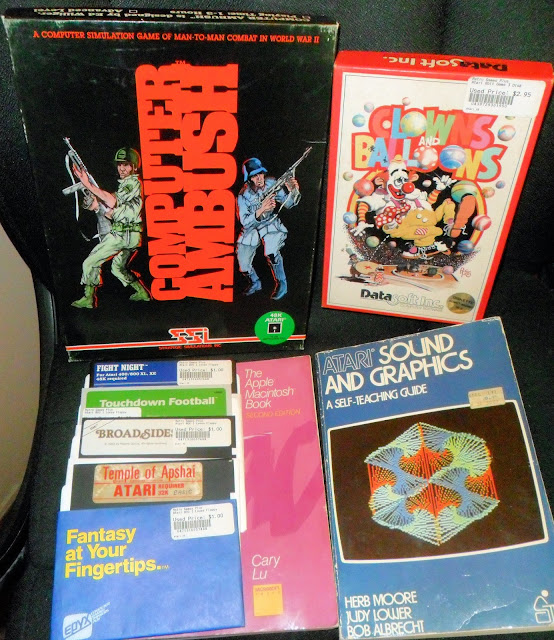 Some of my semi recent retro computing pick ups.  Not all of them (not even including the following image) but a fair bit.  Touchdown Football is GOD AWFUL.  To think Electronic Arts would go from that to eventually the legend that IS the Madden Football series.  (For good or ill.) 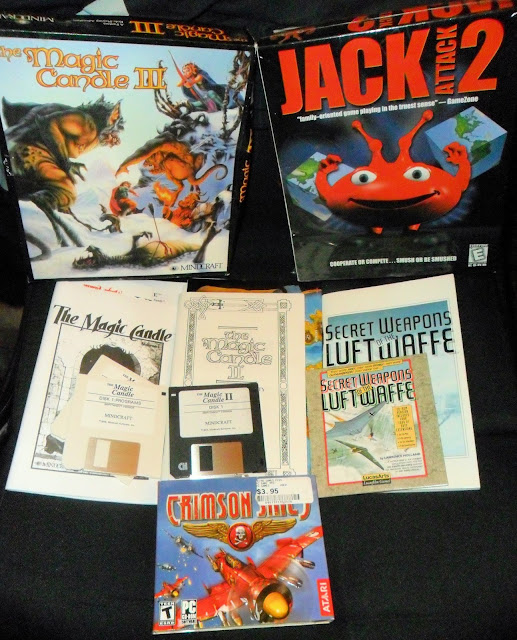 More retro computing goodness!  For 25 bucks I got all three Magic Candle RPGs in one box even though I had the first title already.  Given that I already own Siege I should probably just try to get the 3 or so other Mindcraft released games in this same setting to have a complete collection.  (And then the creator's previous RPGish game he made for SSI just because I collect SSI games.)  Yes that Jack Attack 2 is in fact a big boxed PC game sequel to a Commodore published launch title for the venerable C 64.  It was so cheap I had to get it.  And I finally unwrapped it.  VALUE RUINED.  Crimson Skies fits my Hobby Games Gone Electronic niche, and Secret Weapons of the Luftwaffe is just one I have wanted for a good 20 years now.  And I got it cheap. 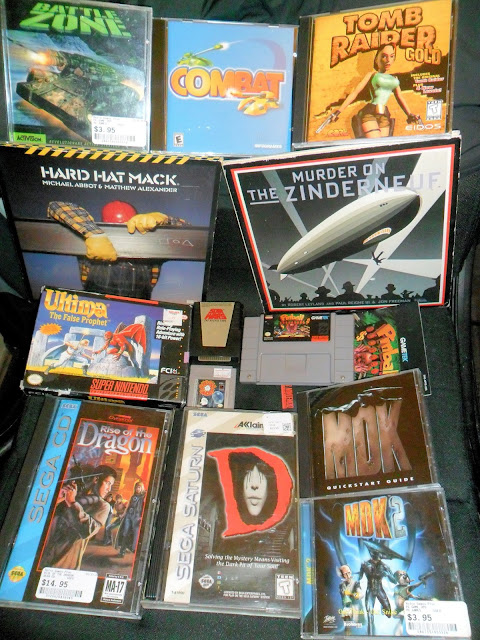 And more retro computing and computer port goodness.  With Hard Hat Mack and Murder on the Zinderneuf I now am more than halfway down on having every Electronic Arts released title on the Atari 800 family.  Only one that is gonna be rough to get is Archon 2.  Even though the C64 version is super cheap.  And technically my 800 version is the Atari published cartridge edition.  Reminds me I do kind of need to crack open Mail Order Monsters someday.  I just feel bad about taking it out of the plastic!  Ultima 6 on the SNES loses out on character portraits but makes up for it with control pad play and has a more full screen view of things compared to the tiny window of the original.  Bubble Ghost and Pinball Fantasies are Euro Microcomputer games on platforms people actually own!  Are they better here than their home versions?  Dunno yet!

MDK 1 and 2 are apparently superior on the PC and given how cheap they were I had no trouble getting the original to replace my PSX original.  Same with Tomb Raider. Combat and Battlezone are modern remakes of classic games which is another of my idiot niche collections.  Star Wars Arcade is a decent FOR THE TIME port of the best arcade game ever.  Though the later 80s Domark ports are superior though still not completely arcade accurate even on the high end machines.

D has a PC port and its one I have been looking for for years.  Rise of the Dragon is a game I now think I have bought THREE TIMES.  Amiga, PC, and now Sega CD. 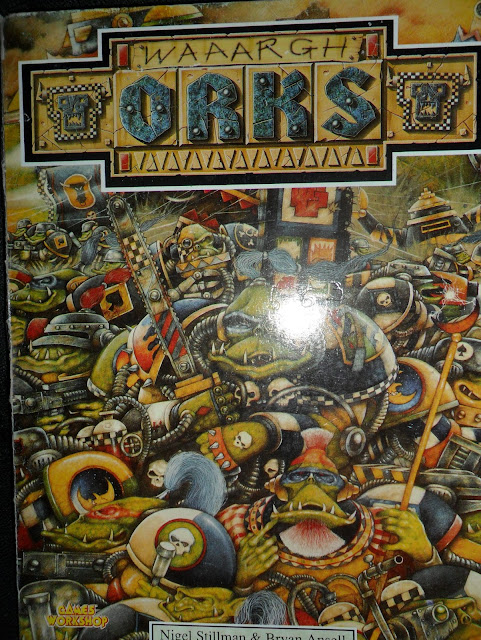 And 40K Rogue Trader is complete too!  Sadly this one wasn't in great shape but again dirt cheap compared to usual prices.  Also it has no rules in it and all the fluff and background stuff seems to have been cut and pasted into one of the other RT Ork books.  Still cool to have! 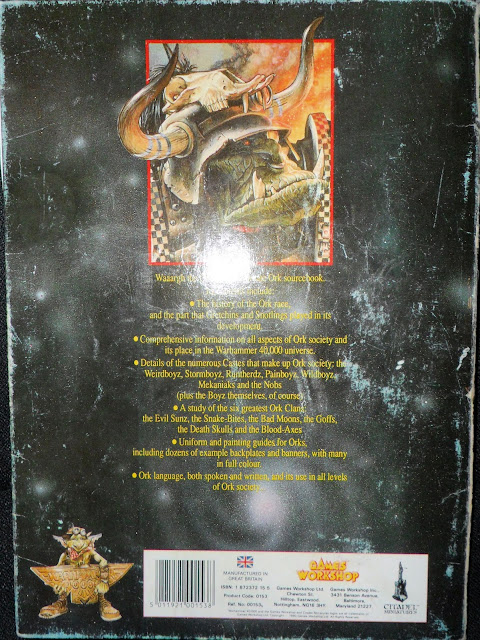 Now I just need a good half dozen or so issues of White Dwarf to be 2nd and maybe RT rules complete.  But they run around 12.50 or so shipped an issue which is a bit of a biter pill to swallow when I can get classic computer games for 4 bucks, or around a magazine shipped.