I have as always been busy as hell and working on important real life things plus you know working.  Which means things I want to do like paint Football playing Orcs have had to wait, merely mocking me from atop my printer while other things have been dusted and put away.

But there is always time to reorganize and see exactly what I own in various game platforms.  And today it will be the NES and the Game Boy in its Pre Advance variations.

(As always click for larger if that is your thing.) 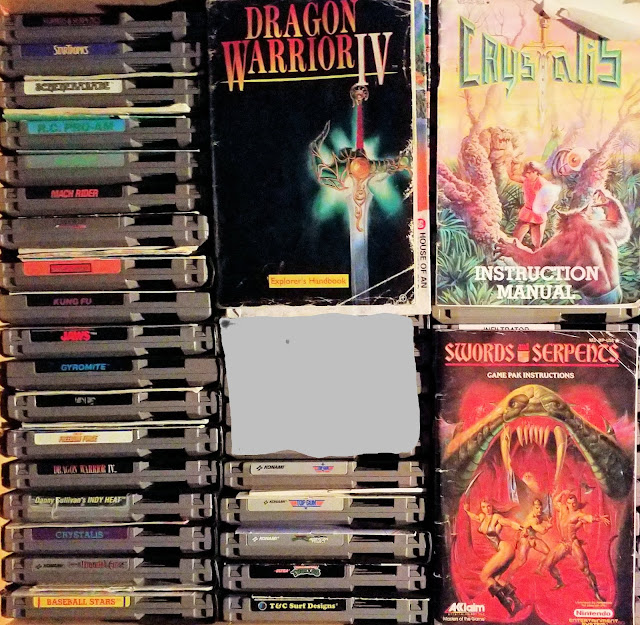 We start off with my complete games.  Titles I have with both the manual/maps and to keep them together in the plastic dust covers mostly so dorkily organized my actual Nintendo published titles are in Nintendo branded dust covers!  Obviously some manuals were super big and thus they are resting above in the image.  How as a child I was seemingly the only person who always kept at least the manual with the games even if I threw away the box has always confused me. 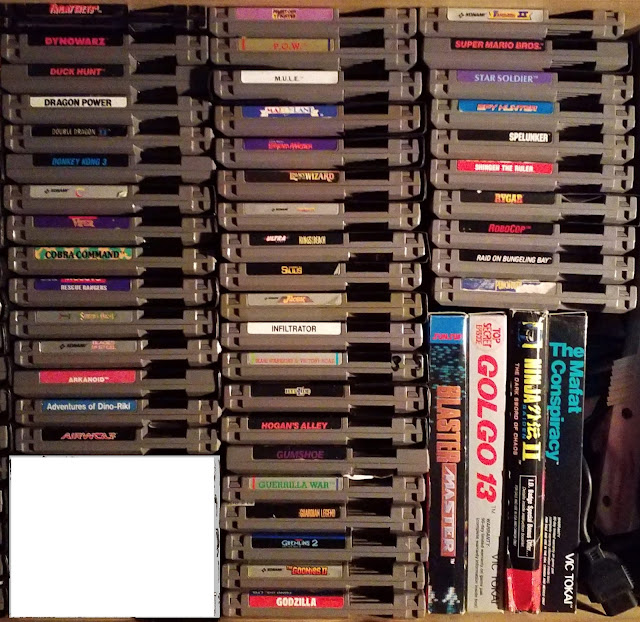 And the currently loose titles with the few boxed games I have, mostly titles bought late in the platform's commercial lifespan. 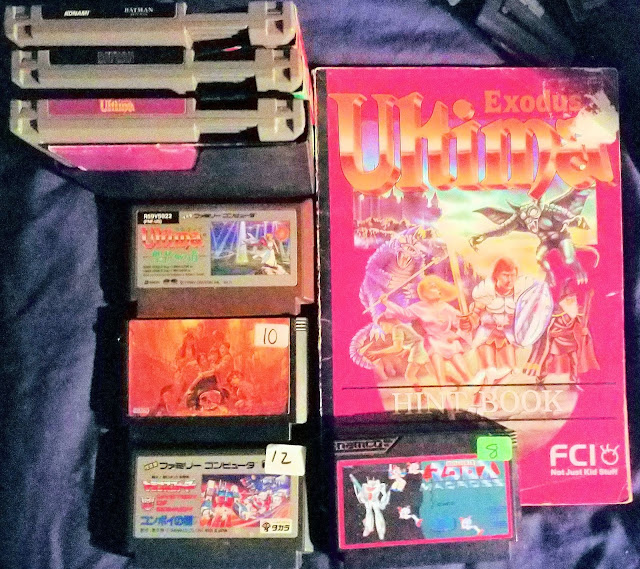 And to finish up some of my theme collection titles.  Ultimas, Batman games, and a couple Japanese NES (known as Famicom) titles I have a convertor for but in most cases those games are either unplayable due to language or are COMPLETELY TERRIBLE.  But the NES Goonies 1 title has neither of those problems. 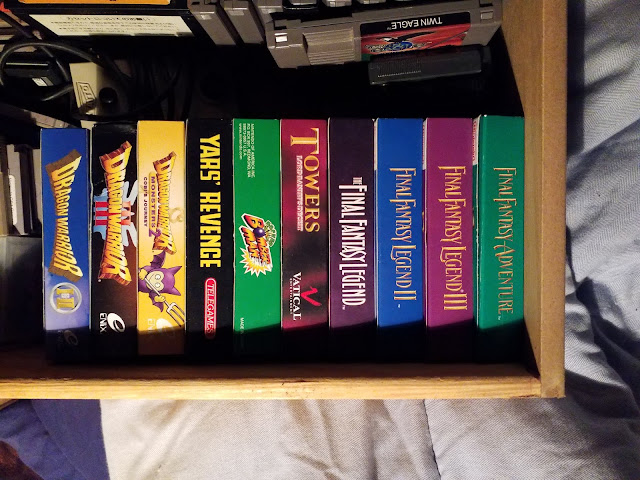 My boxed Game Boy titles and the one NES game that doesn't fit in my properly aligned setup.  The shadows are mostly hiding my Arkanoid Vaus controller. 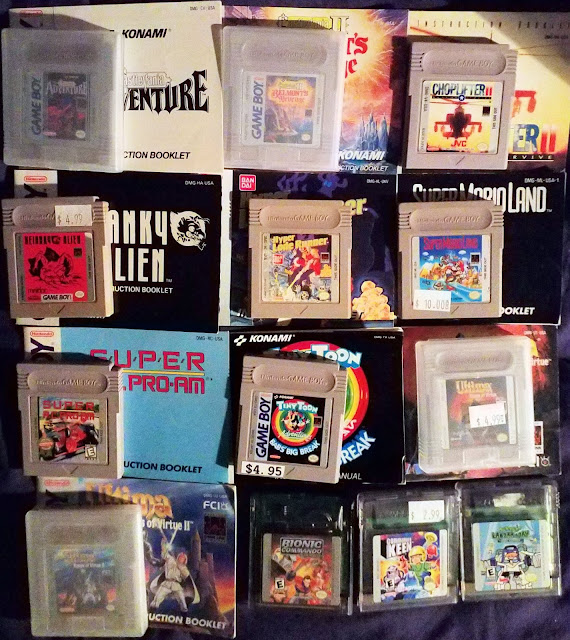 My complete with manual titles and most of my Game Boy Color ONLY titles.  If you think finding NES games with their booklets is tough?  The Game Boy is WORSE.  But on the Game Boy there were more or less 3-4 different cartridge types.  Original grey cases ran on all models and was the default.  Black cartridges which had color modes on the Color model that came out in 1998 or so.  And the clear convex top cartridges that only ran on the Color.  A subset of the grey cartridges had special extras if played on the SNES Super Game Boy cartridge.  Some of the black cartridges had little extras if used on the Super Game Boy as well but in most cases it was inferior than playing it on the Color.  (The Advance and its player on the Game Cube also run all the Game Boy family cartridges but generally as if it was a Color Game Boy model and not any other one.) 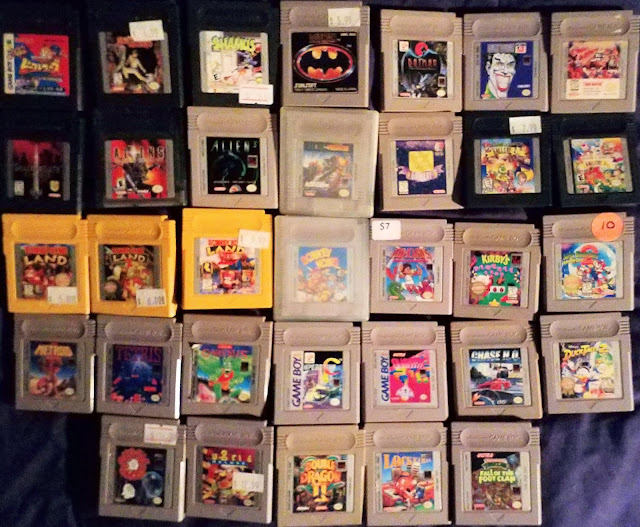 And we finish up with all my loose carts including ones for some of my theme collections.  (Batman, Alien/Predator franchise, Transformers)  One thing that saddens me is how the early Game Boy titles were great games on a nearly unplayable machine even for the time it was released (1989) and at least in the USA it would be years before there was any way to play these great games in a decent manner, and even longer in a portable form.  There were so many enhanced ports and sequels to classic arcade, computer, and console titles over the lifetime of the non Advance Game Boy family of machines and many of us never even knew they existed, especially given all the licensed garbage that infested the machine in the later days.

So if you have a machine or an easy way to play any of your old 8 bit era Nintendo platform games do so in this upcoming holiday weekend!  Avoid idiotic political discussion with family members or the tedium of sports programming and enjoy some classics or hidden gems you might have missed out on!
Posted by Captain Rufus at Wednesday, November 21, 2018 No comments: