Consider this me bringing up some general gaming topics and a few other bits.

I PLEDGE MY SOUL TO THE DARK GODS

While I have never actually played any of the 40K RPGs I do have 2 of the 3 corebooks and some of the expansions.  Like most RPGs nobody in my state particularly is looking for or interested in new games, or new players.

But I sort of love the 40K RPG books for their lovely art design and fluff that isn't the same 4-5 40K storyline topics repeated over and over again.  (Horus and the Emperor's final battle above Terra, the Tyranid invasion of Macragge, Ork invasion of Armageddon being the three constantly repeated.)

The game system itself seems to be the Aspergers' version of Chaosium's Call of Cthulhu/Basic Roleplaying, making me just want to convert it all over to to that system instead.

Because I am a HUGE Chaos fan in Warhammer 40K.  I may sell off most of my 40K stuff but my Chaos Marines won't be parting with me.

And now an RPG based around playing those damned souls?

Oh some would immediately say "Use GURPS",  but considering GURPS kind of sucks and now Steve Jackson Games' bread and butter is rehashing mediocre card game "Munchkin" over and over again, GURPS isn't even outputting the sheer mass of interesting sourcebooks they once did.

Yep.  Check this out: SJGames' Stakeholder Report .  The company is pretty much surviving on Munchkin and Munchkin alone.  How such a mediocre game can keep selling with new sets basically being old rules with new funny Kovalic art attached is beyond me.

I'm not a GURPS fan.  Its kind of meh of a system and it is unable of handling things without going into absurd levels of detail.  (You don't EVEN want to look at the statline of an Ogre Cybertank in GURPS Ogre.  You. Do. Not.)  But I do love Car Wars and Ogre.

Its sad to see a company pretty much just follow the money while losing everything that kept them going for decades beforehand.  You can't blame them of course since a company exists to make money, but one can feel sad.

Hell, I have had 2 seperate people find out I like RPGs then get completely crestfallen when they ask my opinion on GURPS and its not a good one.  This has to be KILLING GURPS fans.

On to blog news!

My new computer is running swimmingly even with a budget card installed.  I have been happily installing old games to test them out and getting new ones as well.  Overall I am generally happy returning to Windows.  Luckily I skipped past Vista and got onto Windows 7 merely 8 days before Service Pack 1 was released.

With free virtualization software I can even install Windows XP and 98SE giving me access to most of the games that refuse to run in 7.  (Except Star Wars Republic Commando which crashes to desktop in Windows 7 and XP.  Good thing I only paid 4 bucks for it.)

Expect an eventual post listing how my hobby games based computer games run on it.

I am also soon to enter the land of Youtube video creation so expect some video based reviews or review supplements.  Maybe even a few "How to Play Game X" sort of things.  I did a little practice video with Windows Movie Maker and it made a fair little minifilm with a little tweaking.   I have a 480p camcorder, a nice big tripod, and a kicky fast computer.

And if my continual purging of my game collection continues I can add in even more nifty things to this machine.
Posted by Captain Rufus at Friday, February 25, 2011 No comments:

Here is Some Stuff.

First off, the Orc and Goblin Warhammer Fantasy army has to go.  New army book is 38 bucks!  And I played the previous edition maybe.. 3 times?  Hell, the people I got into the previous edition for never even assembled their damned armies, making it a colossal waste of time.  So feh.  Let's make me some money!

And the full army: 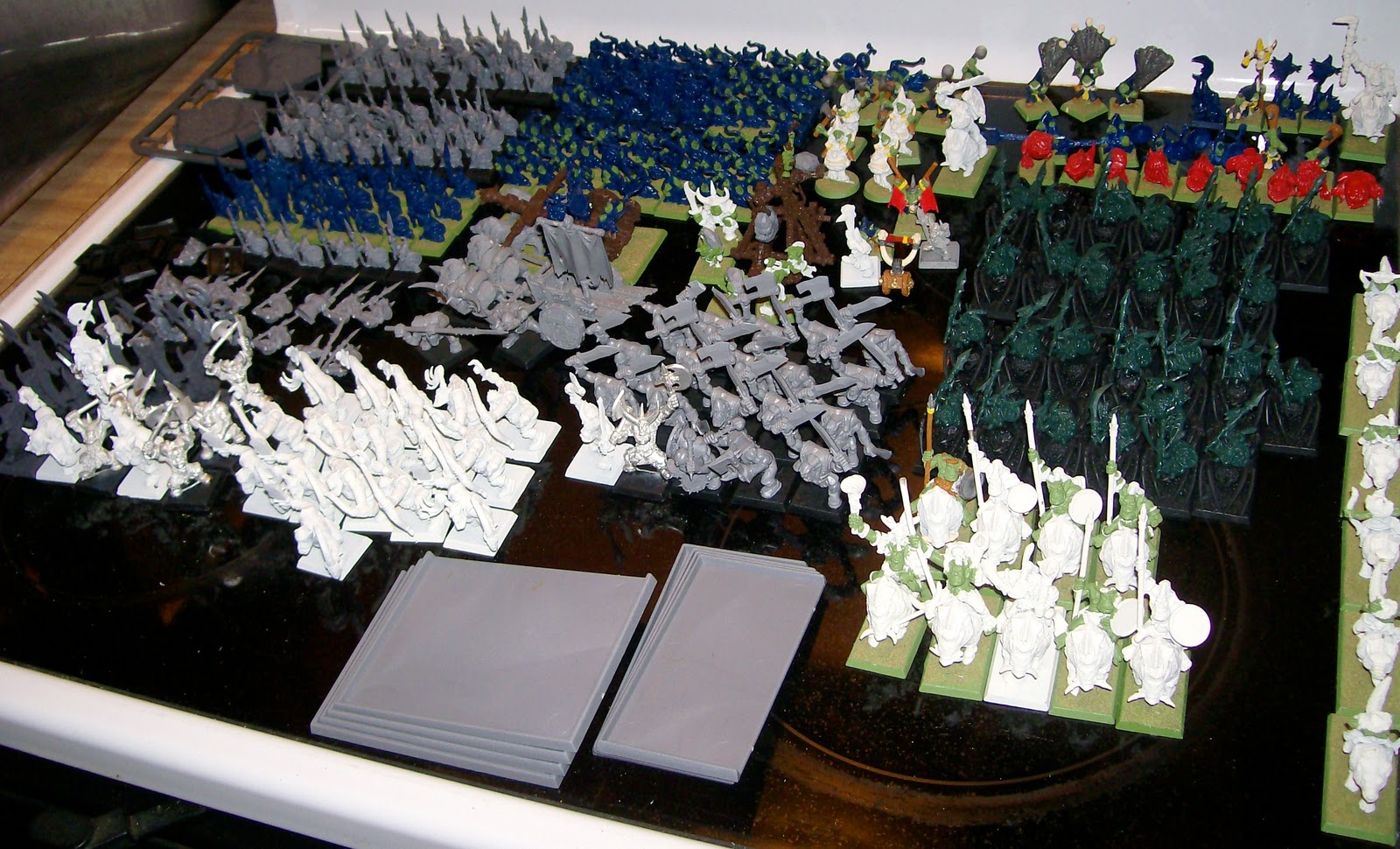 And I have also been playing the quite fun RPG Mass Effect.  Here is my Shepard: 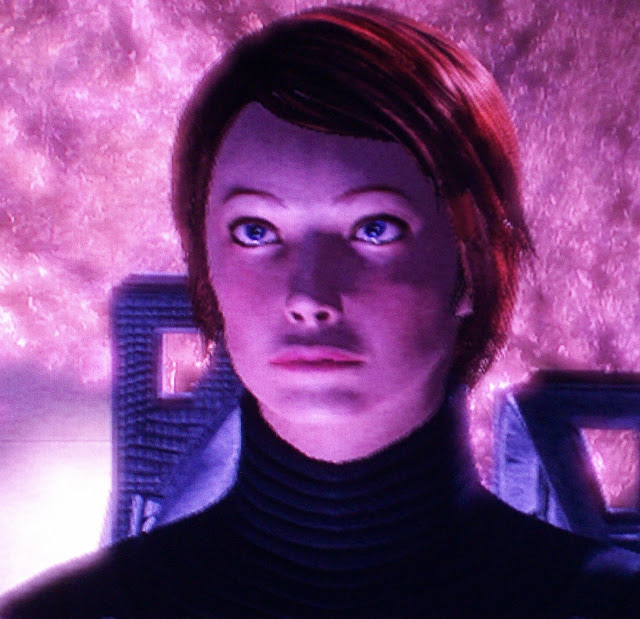 Updated with more stuff!  Got my bad ass new PC that even with its low end Radeon 5770 card is a tiny god.  Ok maybe Name Level PC.  I can run this bad boy below at MAXIMUM settings and resolution and its smooth as silk: 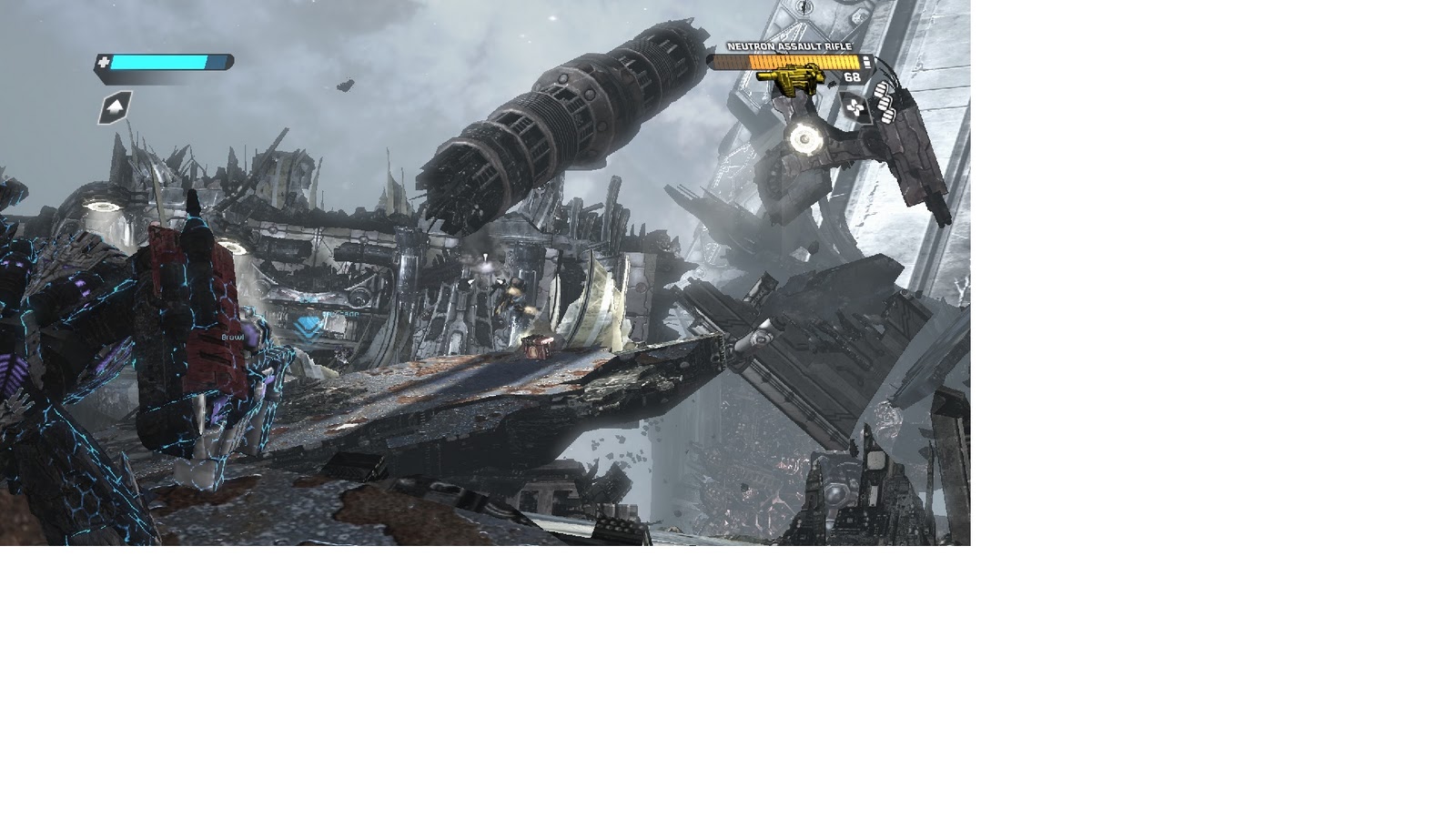 Thats the scaled down picture.  Transformers War for Cybertron.  It is awesome looking.  I may not be able to find gamers but I can happily sell my gaming stuff and get things I CAN enjoy.
Posted by Captain Rufus at Monday, February 14, 2011 No comments: