My Games Workshop Rogue Trader Era Book Collection: Let Me Show You It.

A little background here:  See I have been taking pictures of my game collection and posting them to Facebook.  Its been video and computer games so far, with also showing off my Blu Ray and CD collection.  I was taking pictures of my Games Workshop and TSR games gone PC today and decided to take some shots of my Rogue Trader era Games Workshop books.  I am gonna add a little bit of commentary under the pictures.  Call it a bit of gamer history if you will.  Also some mockery.  You will understand when we get  to it.  Oh you will understand...

Warhammer 40K Rogue Trader the book that began it all!  See in 91 or so I tried ordering the Warhammer Fantasy Roleplay book over the phone from a store called Crazy Egor's.  It was a weird messaging thing.  So I left my request.  And what did I get that summer when Terminator 2 was out in theaters?  Rogue Trader instead.  But it looked so cool I never complained and just kept it.  I still want to play Rogue Trader rules some day...

The Slaves to Darkness Realms of Chaos book I got from Hogshead Publishing in the UK when somehow they found an old pallet of the books.

Lost and the Damned I got in 98, trading off an original plastic Land Raider model kit I got for like 20 bucks a few months earlier.  I had glued some big plastic skulls to the front of the treads to cover them but the new owner immediately removed them.  Oh well.

These three I don't have much to say about.  Compendium and Compilation were collections of rules and army lists from White Dwarf magazine back from when it was actually USEFUL GAMING MATERIAL.  Sadly Rogue Trader was also a confused pile of rules bolted on each other as the style of play people wanted out of 40K and the magazine & designers added in new ideas.  The Battle Manual is basically the rules that would become 2nd edition 40K. 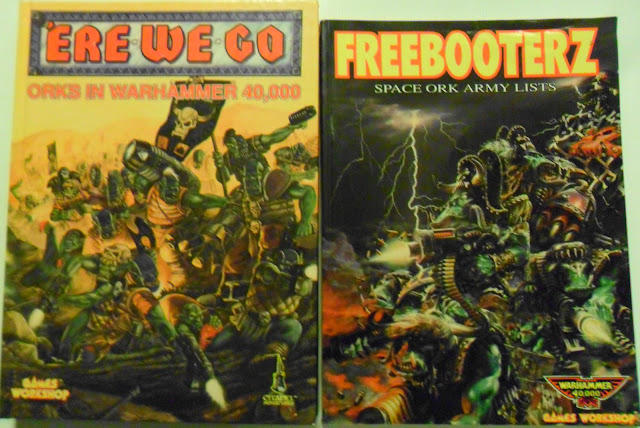 'Ere We Go was the reason I got an Ebay account in like 99-2000 thereabouts.  To get that book.  Its cool, its funny, its how I like my Orks to be.  And since they aren't any more I sold my Ladz all off.  Freebooters is like another Ork army book.  I am still confused on it.

Sadly I don't have the other two Rogue Trader books I still need.  (Vehicle Manual and First Book of the Astronomican)  I still want them though. 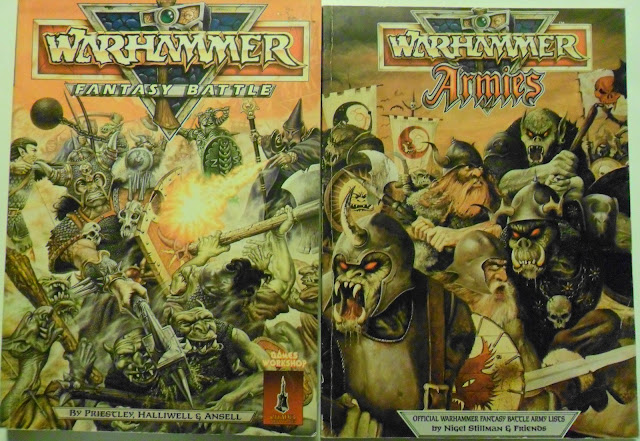 Warhammer Fantasy 3rd edition was my first experience with Games Workshop.  See in 87-88 I sent away to TSR for their Mail Order Hobby Shop Catalog.  I wanted it primarily to see if I could get those old Endless Quest Choose Your Own Adventure books they did in the early 80s.  Thanks to computer games like Ultima, my friends getting into D&D, and some trouble learning Algebra keeping 13 year old me from using said computer for 3 months or so (plus rather large bruises from a belt..) I caught the hobby games and fantasy bug.  And I saw Warhammer Fantasy Battles in it.  I never bought it, but it was that first bit of knowledge about the Warhams.

Warhammer Armies was bought about a year or so ago as I wanted it to go with the core book I grabbed a year or two back for the same mostly historical interest reasons.  I found some very... interesting things within and I will share two of them with you. 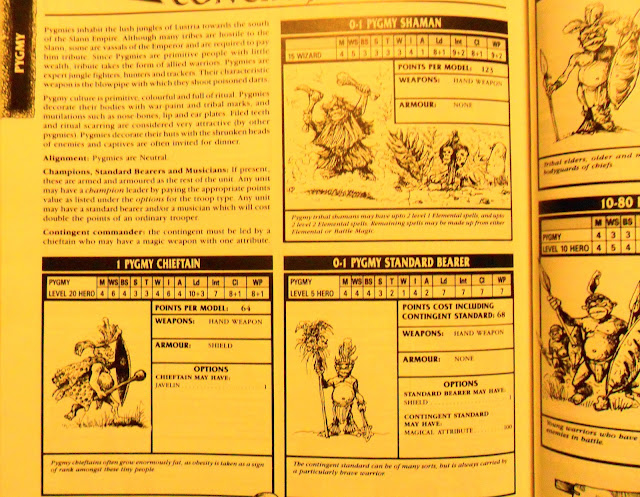 Are you seeing this allied faction sub army?  ARE YOU SEEING THIS FROM A BOOK COPYRIGHT 1991 IN THE UK?   This would be shameful from 1940 much less 50 years later!  Big lipped Pygmies.  Wow.  Can you get any more racist?  What in the HELL were they thinking?  Of course this book also has a sub army called the Fmir which are a race that can only propagate via raping other humanoid species.  They inform you of this in some detail.   And here we thought garbage like FATAL, Racial Holy War, and Carcosa were an Internet spawned thing.  Douchebag.  Douchebag never changes.
(I should probably make a joke that this would be the favorite game of the Republican National Party here in the US but I would never stoop so low.  Oh wait they do every day.) 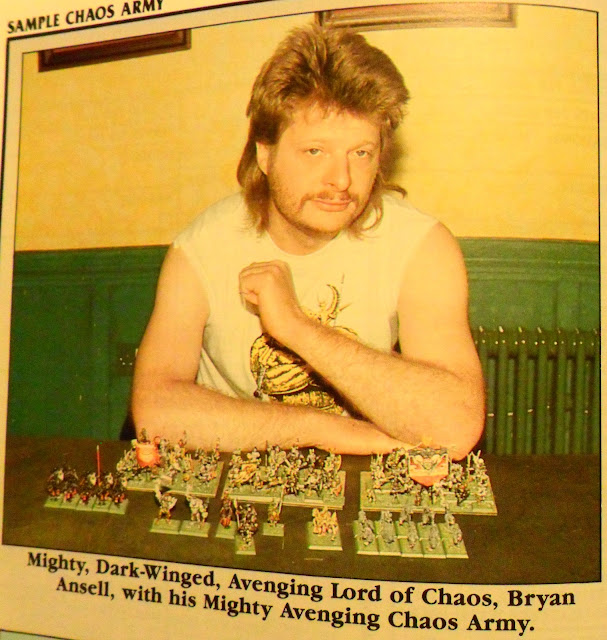 And this fine fellow?  He was like the BOSS OF GAMES WORKSHOP.  Bryan Ansell who turned White Dwarf into a total GW house organ instead of the beloved and respectable hobby games magazine it had been for over a decade.  (When this happened the outgoing staff even managed to tell him to Sod Off in the contents page of their last issue.  It was brilliant.)

Here is the Wikipedia page of this fine mulleted fellow who allowed such "wonderful" armies in this book:
http://en.wikipedia.org/wiki/Bryan_Ansell

Thanks for joining me down this short trip through Memory Lane.  I might do it again with my other hobby games books.  Or share my videogame collection pictures here with commentary.
Posted by Captain Rufus at Thursday, August 30, 2012 No comments:

It has been a while but the adventure continues! 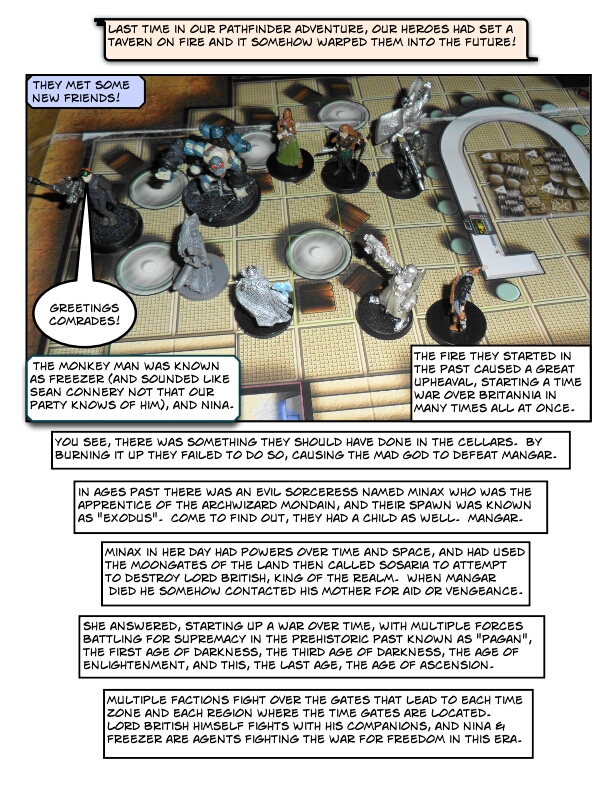 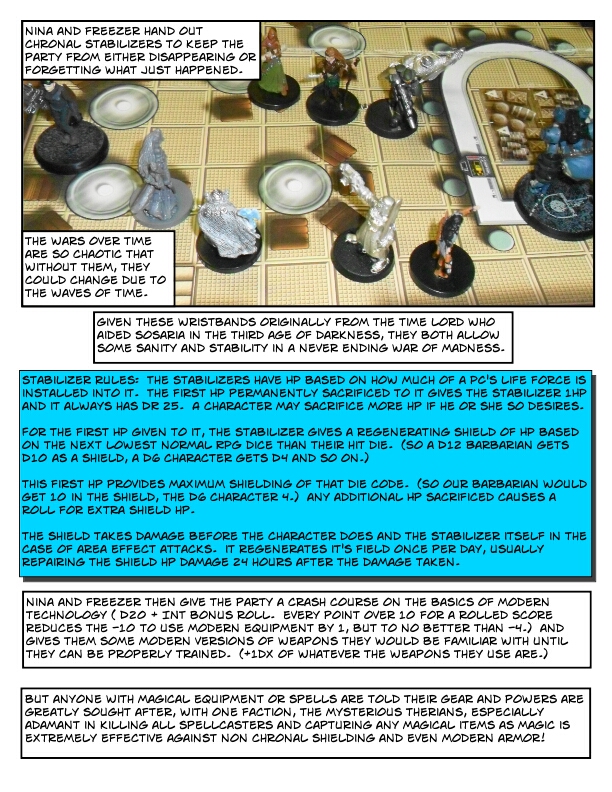 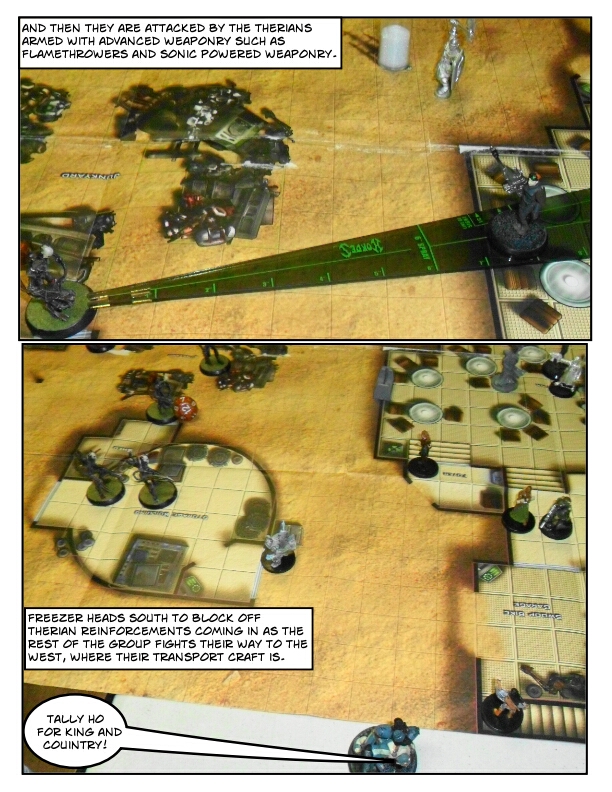 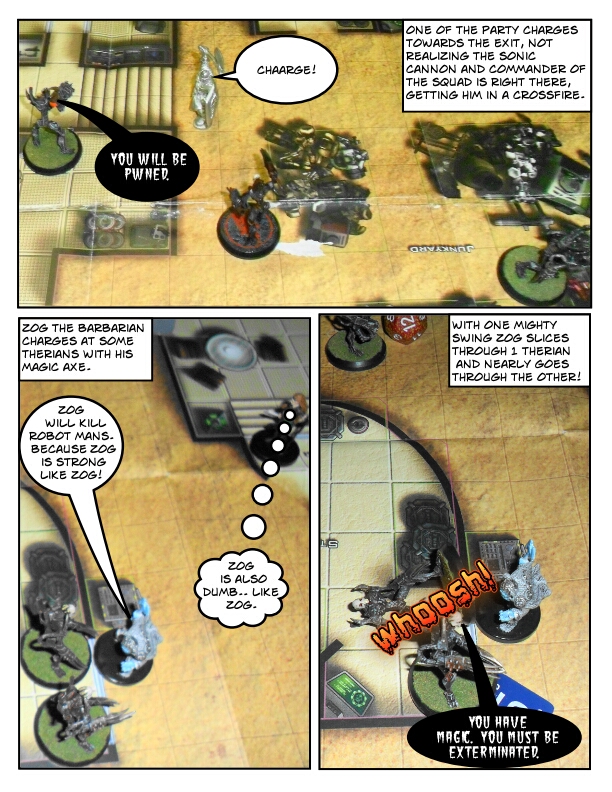 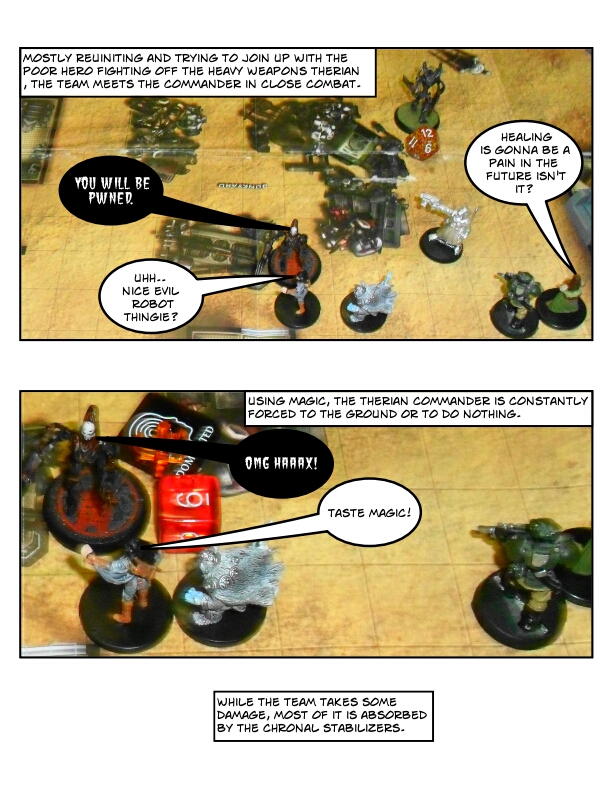 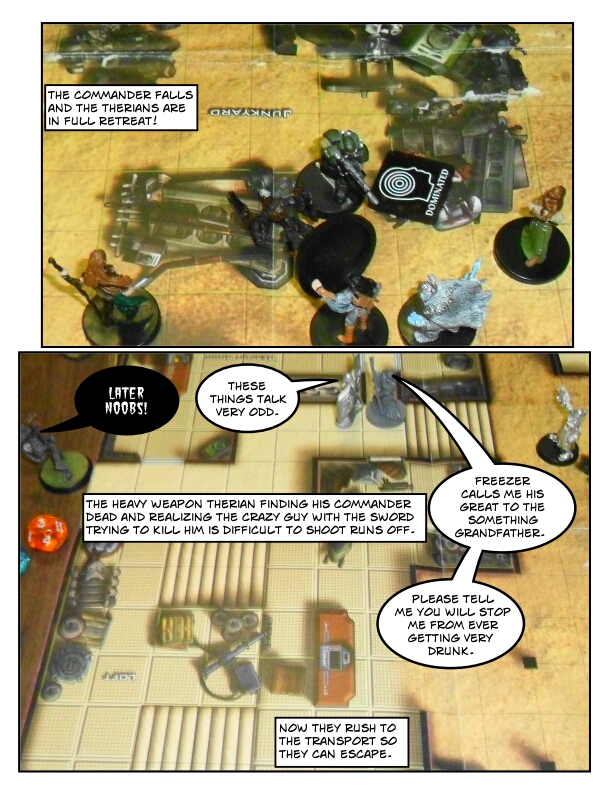 I have been lax on updates lately but with the winter coming and me wanting to get back to being creative I do have a couple good ideas for projects that I may work on.  And you know, keeping this campaign report going.

Posted by Captain Rufus at Thursday, August 16, 2012 No comments: