Yeah.  Pretty much.  A good two months of mostly nothing at all.  Some new mechs but at this point who really cares?  Its just something else to grind and mostly pointless.

But let's go through the last few updates and see what it is. 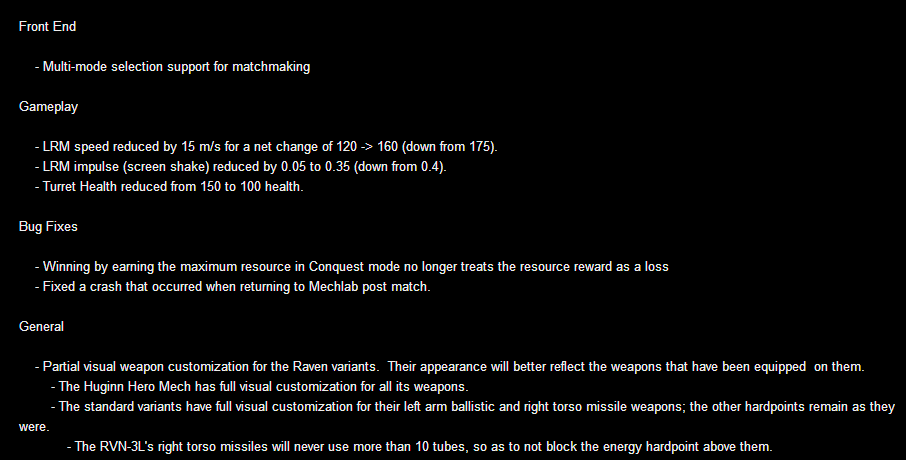 Our first patch was the first week of April.  We were in fact the April Fool.  For still supporting this thing.  A couple tweaks on turrets and LRMs isn't something exciting.  Forgettable in every way. 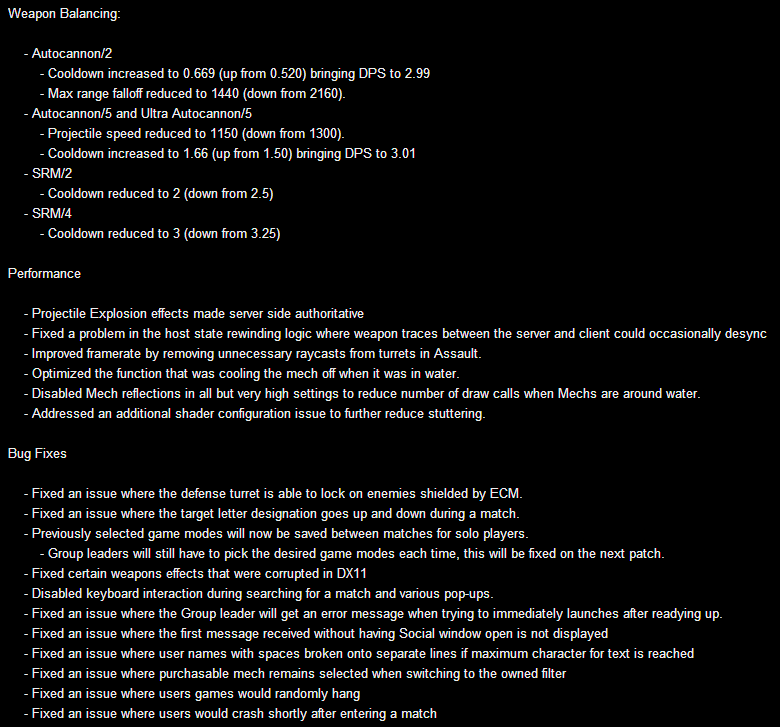 April 15th gave us some AC 2 and 5 changes to try to make them less powerful with SRM 2 and 4s getting a tiny boost.  Yawn.  Some bug fixes and performance tweaks too.  Honestly?  These two patches could have been in ONE update and it would still have been underwhelming and pointless! 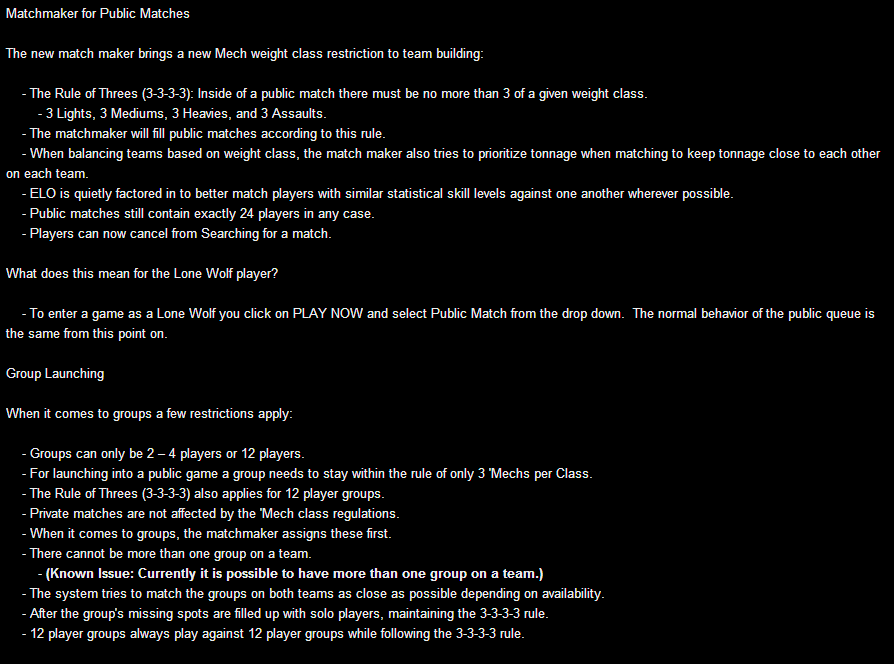 April 30th however actually brought a big change.  The game is STILL MEANINGLESS TEAM PVP but somethings that should have been in from DAY ONE are finally in.  Mech size limits for matches.  Group matches with the same rules. 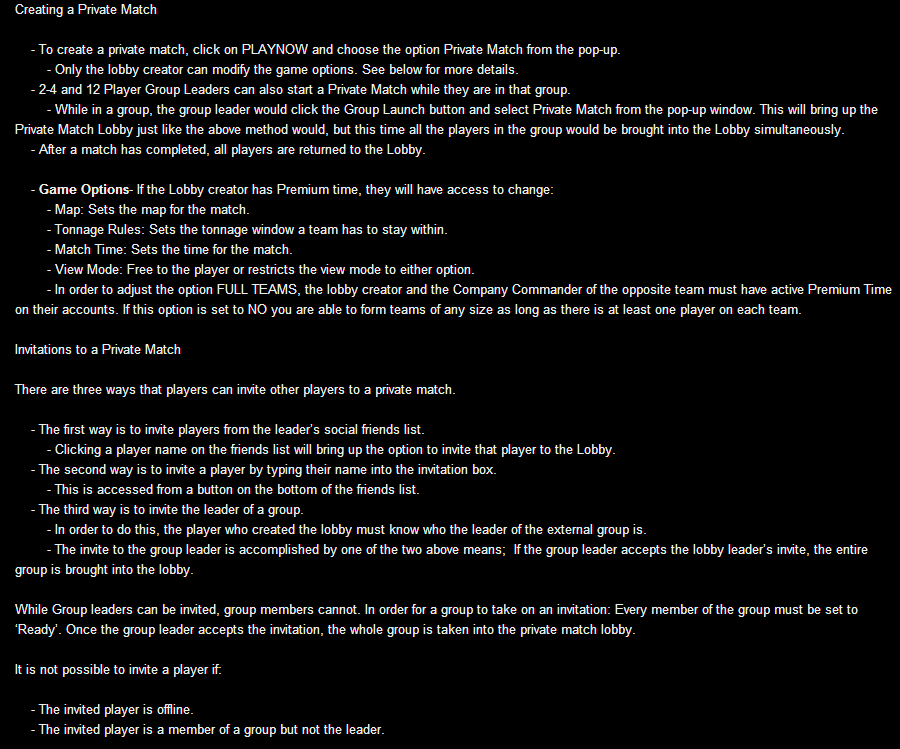 PRIVATE MATCHES.  Play special matches for Guild style events or to just have games against other groups for fun or bragging rights.  Sadly a lot of options require one to have spent actual money on the game but.. it should have been in there from the start! 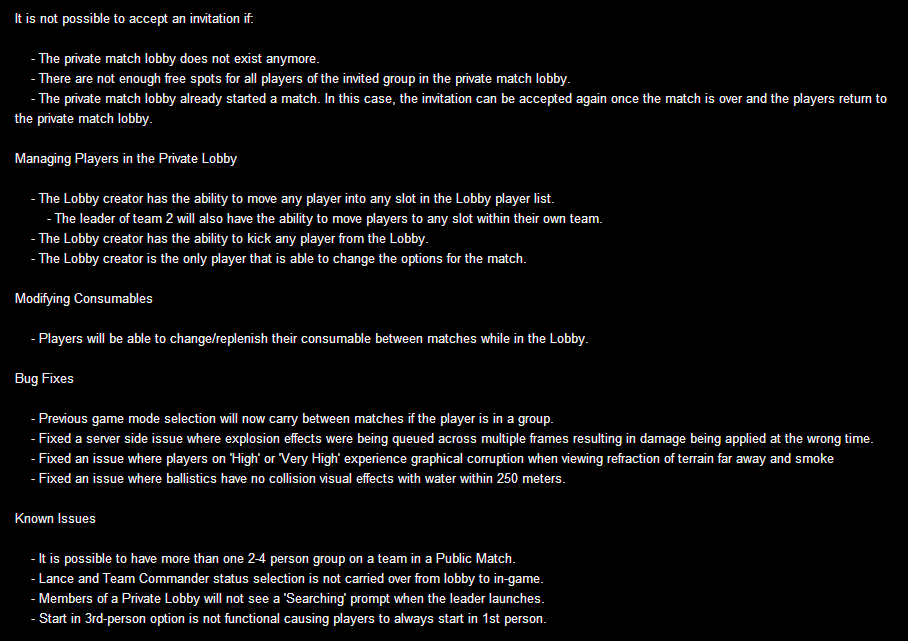 Not a lot of bug fixes this time though.

And some tweaks to do if you are worried about having virtual cockpit glass in your robot. 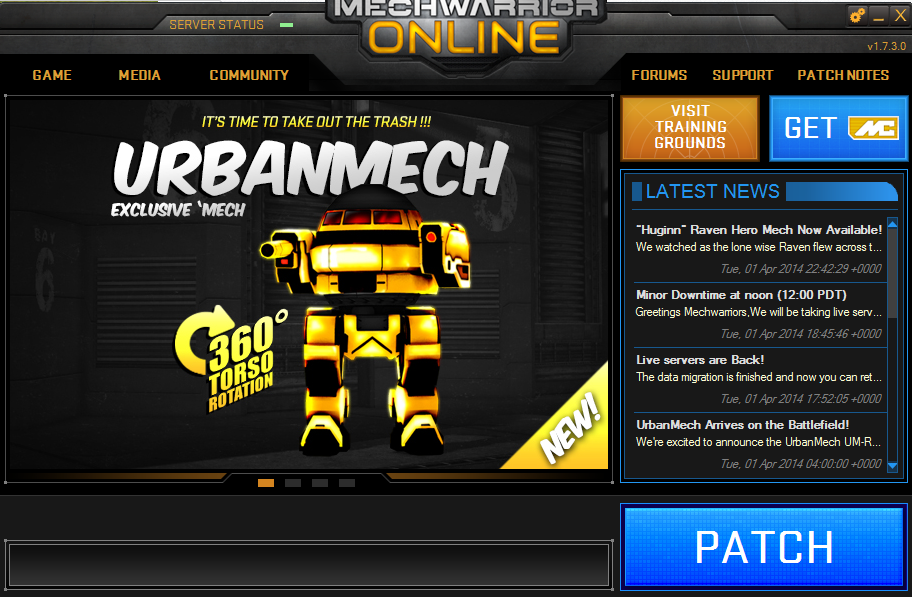 April Fools also mocked us.  This isn't real.  It should be.  People love these silly things!

May's first of two updates were back to dumb.  A couple bug fixes and stupid things to buy for your cockpit. 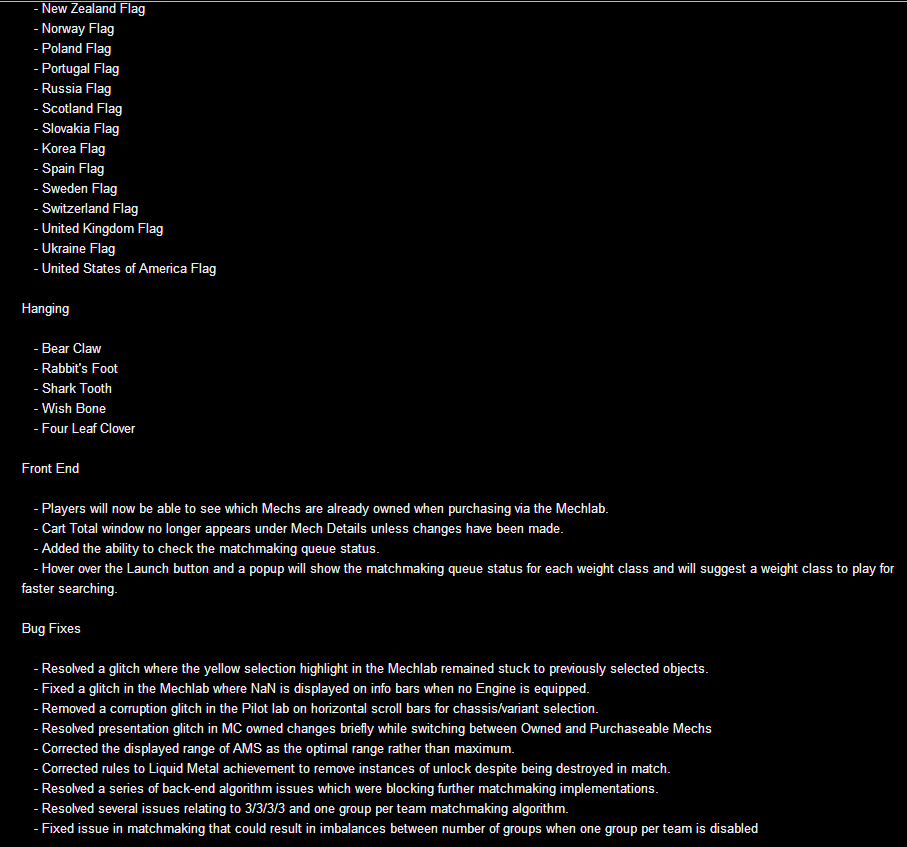 Now the last patch of the month with notes (there was a minor one this week.  Not sure for WHAT however.) has immersion breaking modern flags to buy for your robot's cockpit, a couple UI tweaks, and some bug fixes.

Not shown are all the utterly pointless Hero mechs or the one or two new chassis for prime time.  New robots are NOT GAME CONTENT.

Its been a couple years now and this game still has less to actually do in it than Mechwarriors 2-4:Mercenaries did!

Clan Mechs are coming soon as a way to suck more money out of the easily amused.  The community I ran with have all left.

At this point?  This game needs to close up shop and GO AWAY.  It looks amazing to be sure.

But that is really all it is.  A good looking deathmatch mode idiots are paying 500 dollars a virtual gold robot for.

I am most likely going to be banned whenever they come out as I fully plan on shooting nothing else regardless of what team they are on.

The developers don't care about making a fun Battletech experience so why should I care about playing by the rules of conduct?

For 75 dollars and a 30 minutes drive I got a nice Craigslist find, unlike the deals for an old Macintosh or an Apple IIC+ setup where the sellers stopped communicating as I guess they didn't want my money or someone offered them more. 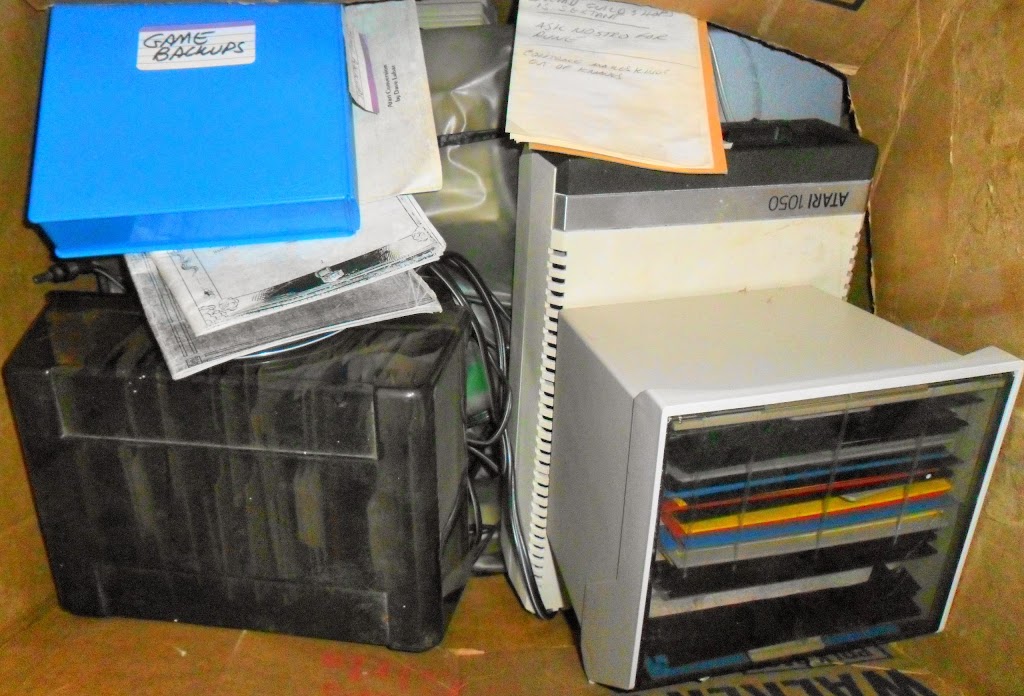 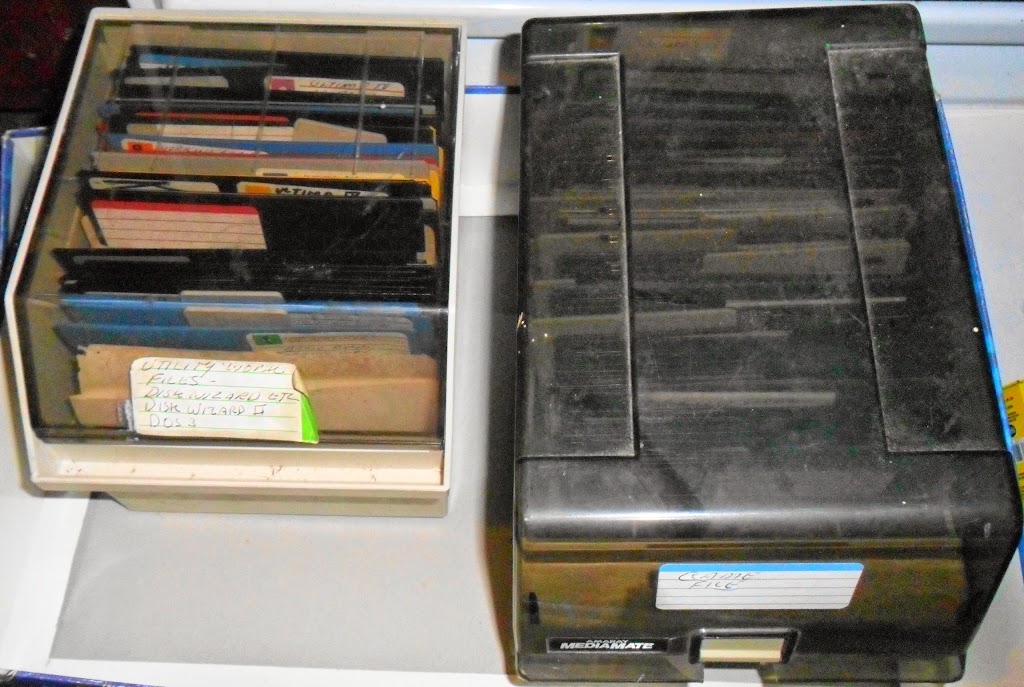 A lot of mostly pirated disks and a bajillion Ultima 4 player disks made.  A couple original programs but not much.  Gobs of disks and 3 disk cases would cost around 75 total shipped from ebay so a good deal alone. 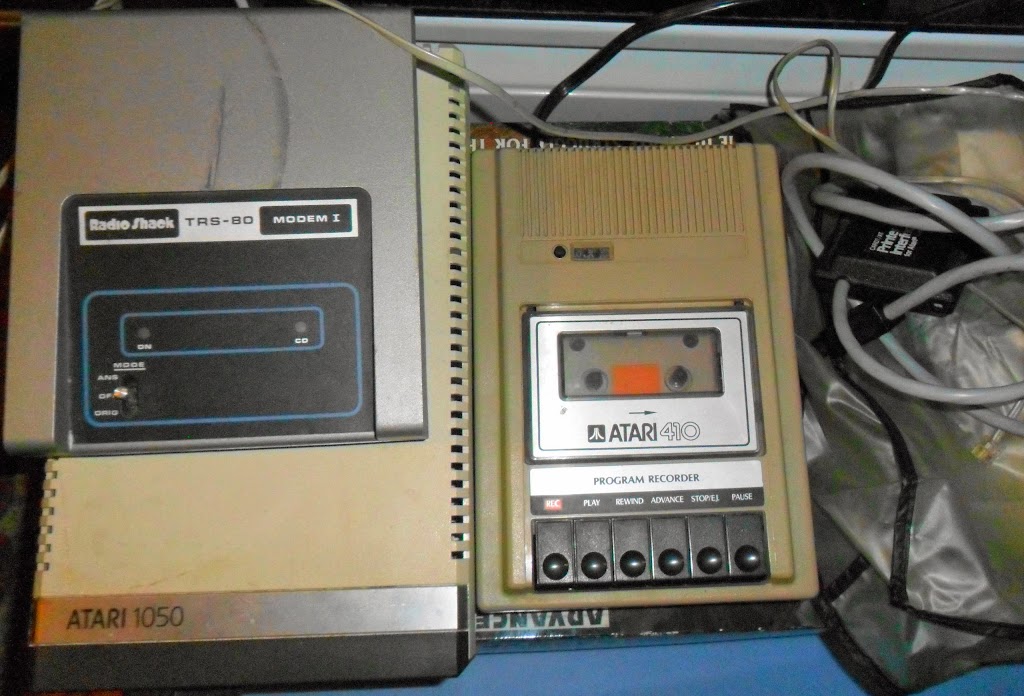 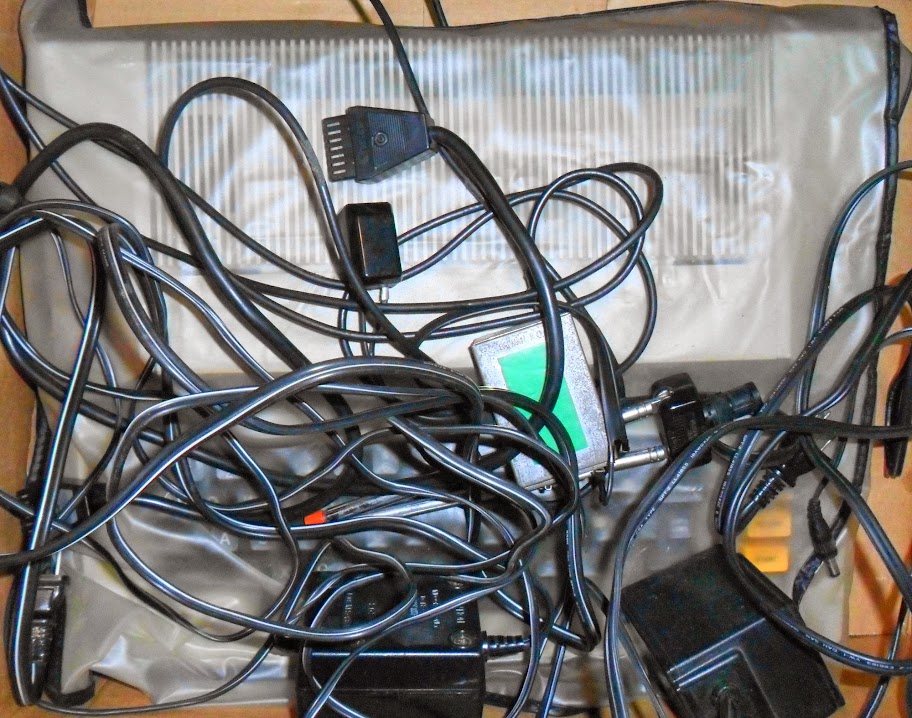 And under here?  A 48k uncased RAM expanded Atari 800 in very good condition!  Reinforced with a layer of steel!

People in #retrochat were hearing me talk about this glorious 1979 designed beast Tuesday evening.  I figured out the issue as to why it wasn't powering up when it did at first.  You have to keep the cartridge port cover LOCKED.

Atari's engineers made it so your dumb ass couldn't rip a cartridge out from one of its TWO PORTS with the power on which would possibly damage your 999 US 1979 dollar home computer.  That looks like a late 60s typewriter.  And has really good feeling keys.  (Though the space bar is a bit uneven and the Start key sometimes needs a bit of a repeat press.  This thing has seen some STUFF man.  Its been in the trenches.  It's been loved.)

It does make it kinda nice that I can undo the lid and shut it off if I just want to swap cartridges.  Glorious top loading cartridges instead of the annoying 130xe's rear port that is finicky.

Its only real drawback is its large, heavy, and the RF cable is hardwired in even if you use a composite cable like I am.  Still get some of those lines on screen even with the monitor so I putzed around a bit with it using the Svideo out I have and on the 32" HDTV in 4:3 mode.  Lines aren't as extreme as say the 130xe was.  There ARE fixes for it, but it involves opening it up.  And the 800 is a giant sexy beast designed to not let you enjoy this:  http://www.pcworld.com/article/181421/inside_atari_800.html

And FOUR joystick ports too!

By and large this will probably become my main Atari 8 bitter and the 130 will be relegated to a storage tub since my game collection has long since outgrown my smaller blue tub.

The command keys are easier to reach and color coded unlike the 130's and it honestly runs more games.  Like Gorf.

I will explain more when I do the next post but in general the 130xe isn't the most fun microcomputer of the Atari 8 bit line to play with.  Lower build quality doesn't make up for 128K of RAM and a number of annoying design choices the original 800 and the 130's XEGS little brother don't have. 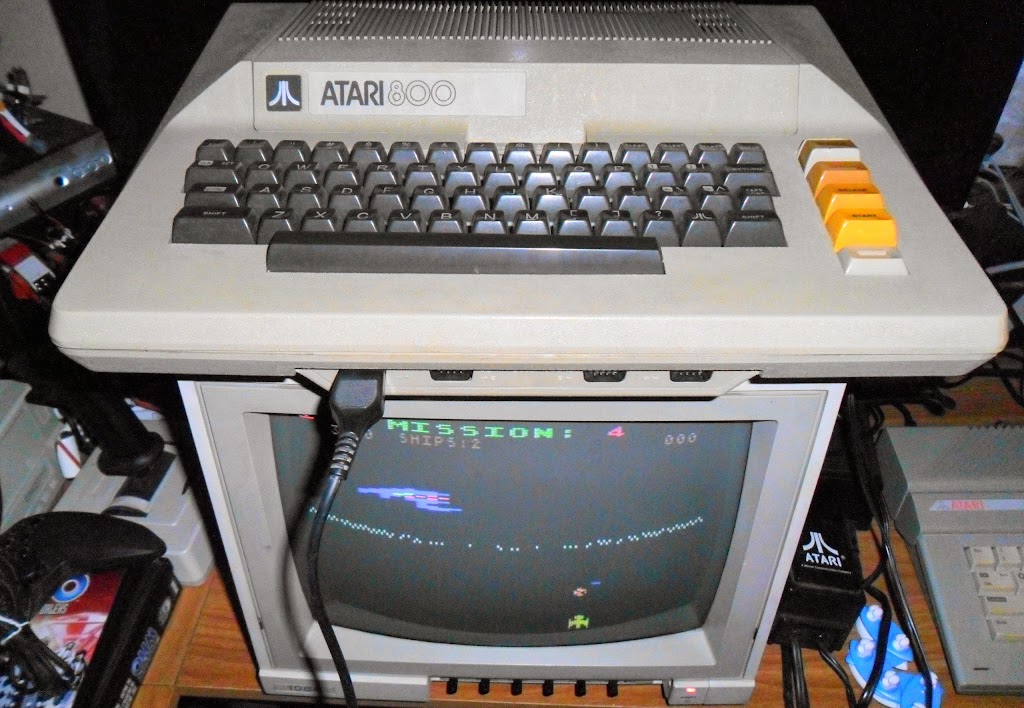 This is not a smart way to play computer games.  But it IS funny.  Also Gorf is in the composite artifacted monitor mode thingie that is less crisp and has some bleed but no lines or anything. 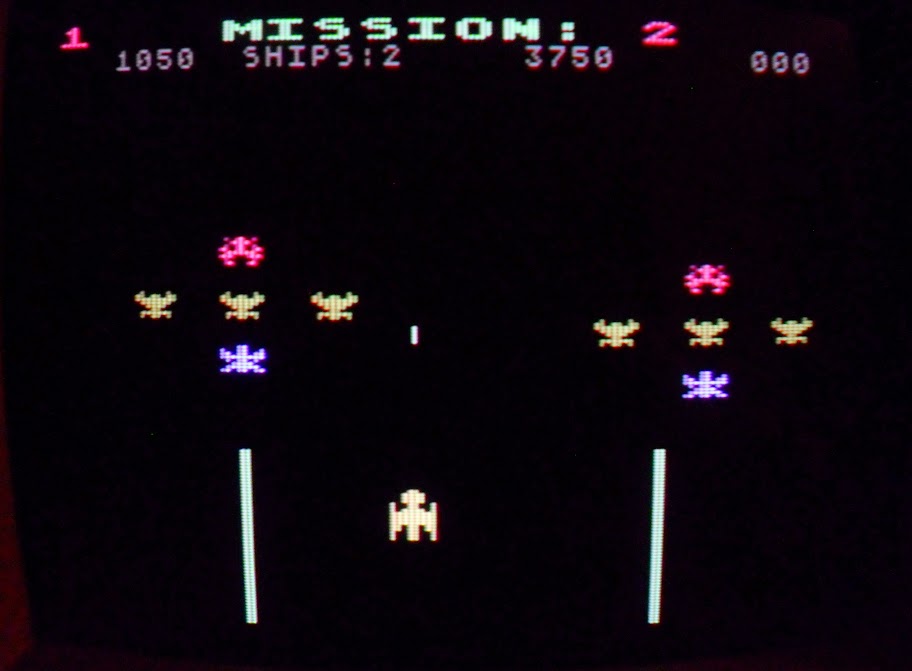 LET US GORF.  Not as good as the Colecovision Gorf, but pretty damned good!  Also better than the 5200 version unless you like playing a classical SHMUP Invader game with analog controls with actual analog analoginess. 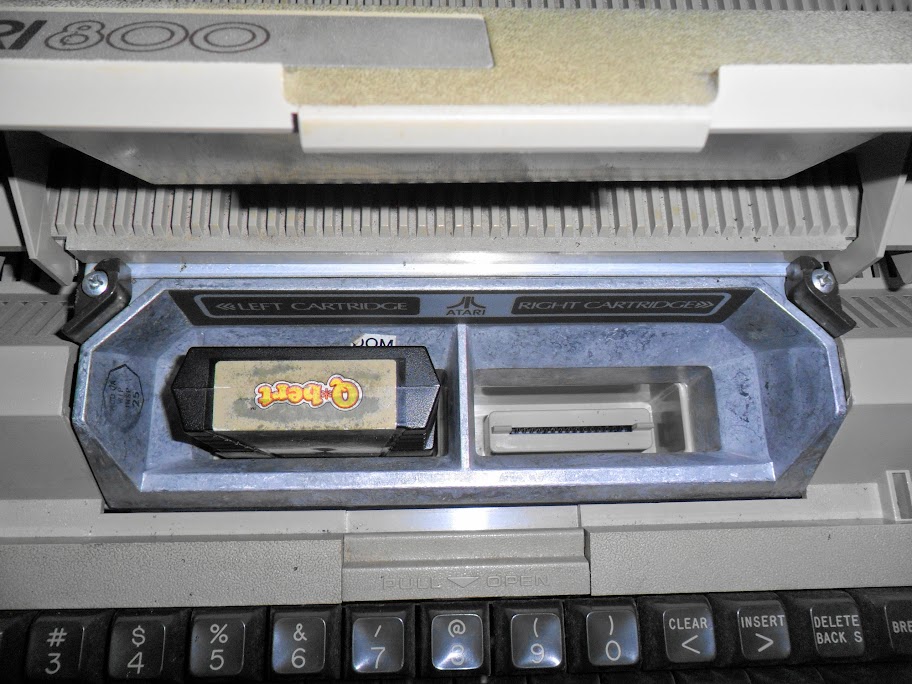 Dual cart ports!  BIG AND METAL!  The bits of black fuzz are from the dead glue sticky foam that the lid's top metal RF shield had keeping it up.  It has failed. That is how much fricking mineral action is in this sumbitch.  Metal RF shielding all over the place.

Once we reached Reagan's era the Ataris got cheaper, lighter, and way less metal.  ITS ALL RONNIE'S FAULT. 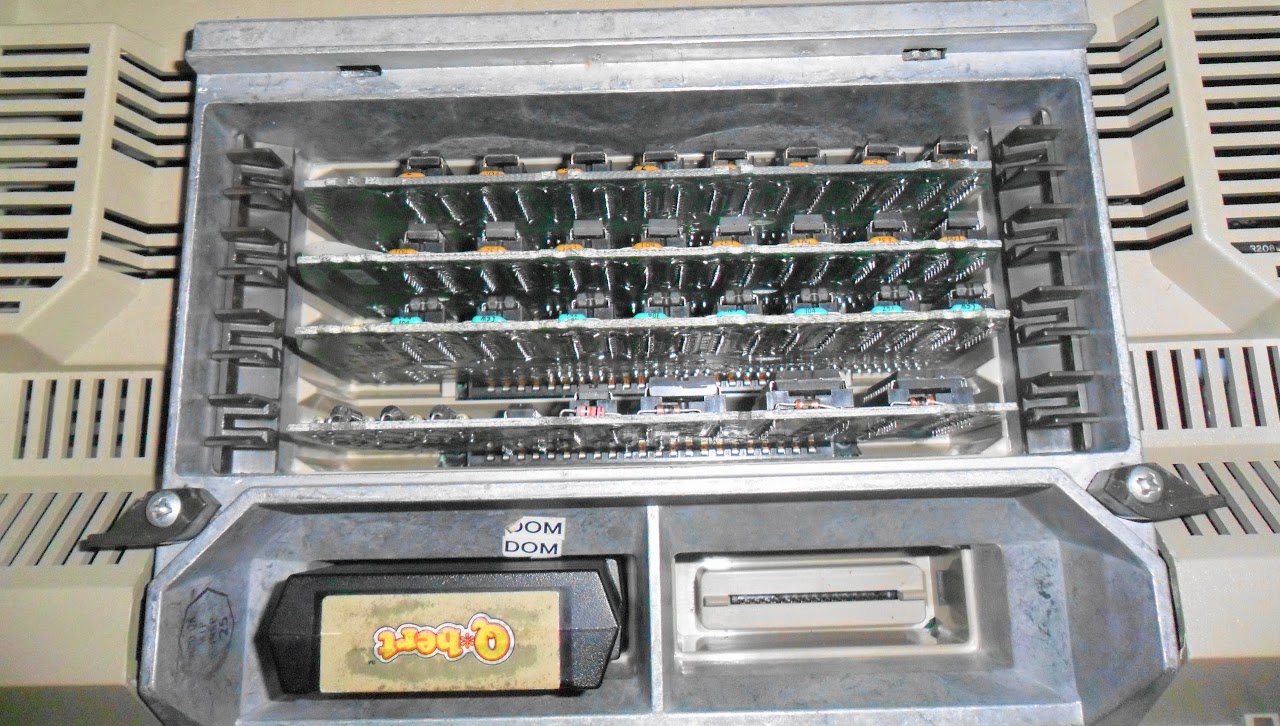 48K of RAM and the system's ROM all open to the elements.  See the open air and all the venting is all one really needed to keep stuff cool back then.  Originally the RAM AND ROM were in little sealed packs.  But they overheated.  Thus later versions came open to be cooler. 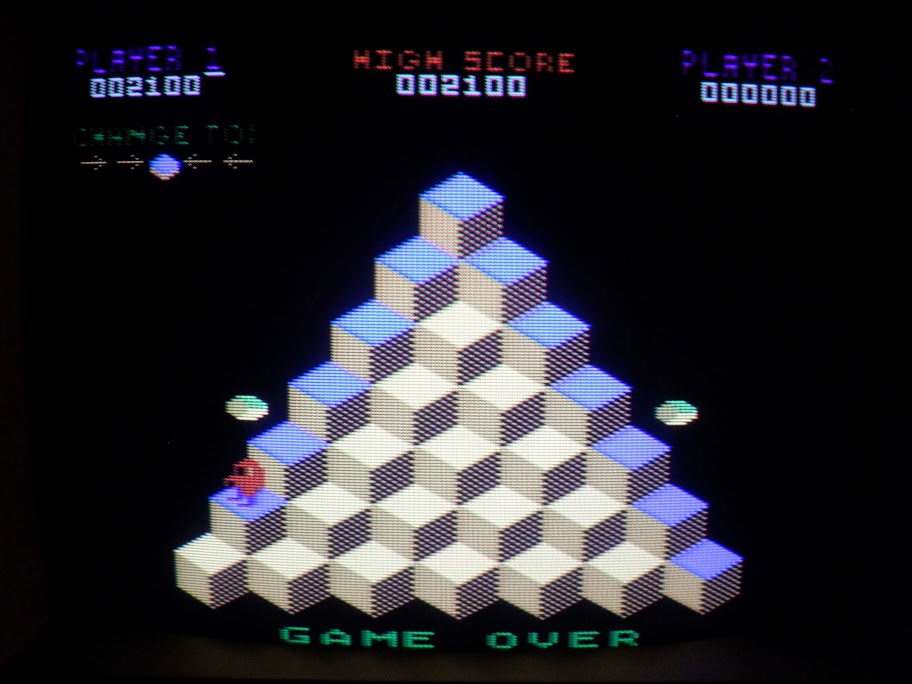 I am not good at Q Bert.

Join me again whenever I get more time to play around with my new baby/replacement for a somewhat more advanced machine.  I have a few bits to buy on Ebay to make it mostly replace the 130xe rig first.  And I want to test my new storage drives to see if they work.

Plus all these lovely new games I have bought recently.  And to discover the goodies on all these disks.
Posted by Captain Rufus at Thursday, May 15, 2014 No comments: