What I have been up to instead of this blog.

Oh I have been gaming, playing the D&D Encounters and ALMOST having a D&D group.  (Who bailed on me.  I'm quite bitter.)

And I have many good things to review or do unboxing comics of.

But the holidays get wacky and I have been working on what is this site's sister blog.

Its a mixture of me playing through as many of the 2D Castlevania games as I can legally get a hold of (right now I am missing 2 of the US released games not counting a pair of digitally download ones), and even covering stuff like the movie and novel classics that inspired the series.

Its also gonna have RPG stats and my Castlevania campaign notes.

Those I will link here as it is gaming content.   The normal videogame stuff I will leave to that blog.

I just finished the original game in the series for the blog and I hope any of this site's visitors who love classic 2d platformers will go over and visit!
Posted by Captain Rufus at Tuesday, November 23, 2010 No comments:

See as I have mentioned there is this D&D Encounters program going on at some funnybook stores.

Many folks are intrigued about Gamma World and would like to play an Encounters suite for it.

I have come up with an idea for a series for it and want to share my ideas with you all.  Its silly, its goofy, but its Gamma Worldy.  Plus with a few tweaks it could be even more ridiculous or much less silly.

I need some thoughts on a D&D Encounters like Gamma World idea I came up with.

It might be a bit TOO silly and ridiculous so I need some sounding boarders.

The basic setup:
The PCs have to first protect a village of friendy Dragon Quest like Slimes who live in a Santa's Village type amusement park. (There used to be one in New Hampshire IIRC. Post apocalpytic New Hampshire seems like a goofy enough place for a set of encounters..) From the Nazi Bunnypeople. (Forgetting their proper name.) Who will be commanded by Supreme Grinchinfurher Hans von Hoppitus and his WW 2 vintage German tank.

It involves fighting off said WW2 tanks, monsters in radioactive sewers, and helping to find parts to power giant animatronic Christmas robots and Winnebago that has AT AT type legs and crab arms. To fight the Nazi bunnies. Also a giant factory with evil nanobot mecha gets involved somehow.

First arc involves PCs being somehow in the Slime Christmas village when the Nazi bunnies attack and they have to fight them off.

They will then be hired to go and see where the baddies were coming from, finding a camp with big ass artillery guns being set up which will blow the village to bits.

This being Gamma World the PCs will probably want to help the Slime Village as opposed to letting the eternal sounds of Christmas music and incredibly twee Slimes be destroyed. A frontal assault will be shown not to work as the bunnies have already set up trenchwork and minefields.

Returning back to the village they will be informed of an old sewer system that leads from underneath the town and heads in that direction towards an old sewage treatment plant that the Slimes are afraid of because it is a place of technological terrors. (Foreshadowing!)

Obviously the sewers become a little dungeon crawling with various critters, toxic waste causing all sorts of fun terrible things with failed DEX checks, and maybe even opening a storage cache and finding a horde of animatronic 2 meter tall penguins that could possibly be used to help smooth out the area. Out of control noise making penguins that will act like wind up toys do and only vaguely go in the direction they are pointed.

Finally sneaking from the sewers brings them right inside the bunny camp and they destroy the artillery before the Supreme Grinchinfurher Hans von Hoppitus and his WW 2 vintage German tank show up. Will he act like Colonel Klink on a sugar high? Oh yes he will.

(You see Hans HATES Kitty Cats. The Slimes being annoying friendly and nice are friends to the kitties and have many cats roaming around their village. Hans does not like this. And all that Christmas music pisses him off. Thus he will destroy this collective of holiday cheer and kittens.)

However tanks are slow and Hans is dangerous but incompetent so they have time to prepare for his potential next attack.

The lead scientist of the Slimes, Doctor Blobby (see my character build a couple pages back) has an idea. There is an old Winnebago in the parking lot amongst a few other automobiles. With some of the animatronic parts both found in the sewer storage area and around the park he MIGHT be able to build a mecha to fight off the tank. But he will need bits from the Treatment Plant.

The PCs then go to the plant and fight off some AI robots who have turned it into the Lite Beer version of every mechanical terror fortress ever and recover the parts Doctor Blobby needs.

The final battle will have the PCs holding off the bunnies till Blobby can finish his machine.

MECHABAGO. The Winnebago with AT AT like legs and a pair of giant crab claws.

They will be fighting off troopers in this final battle as a WW2 tank commanded by a psychotic Nazi bunnyman is fought off by a Winnebago with legs and crab claws. Both machines end up going kerplunk and the Grinchinfurher and his cyborg minions who drove the tank (leads to a new adventure perhaps?) must be finally stopped before they escape to plan more anti kitty things.

Posted by Captain Rufus at Thursday, November 18, 2010 No comments: 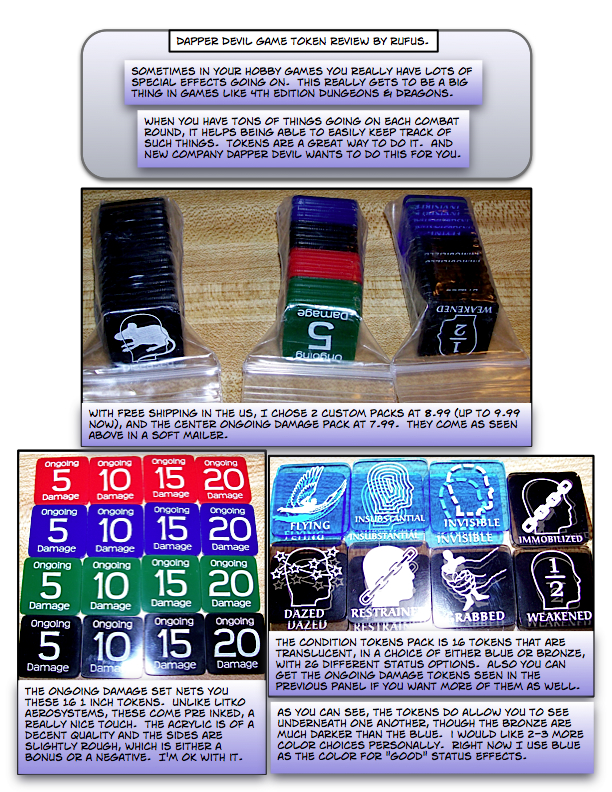 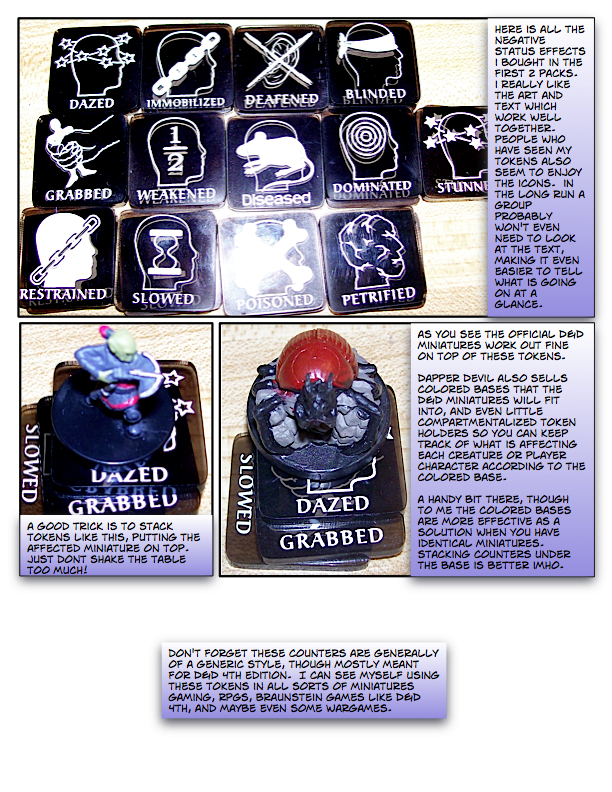 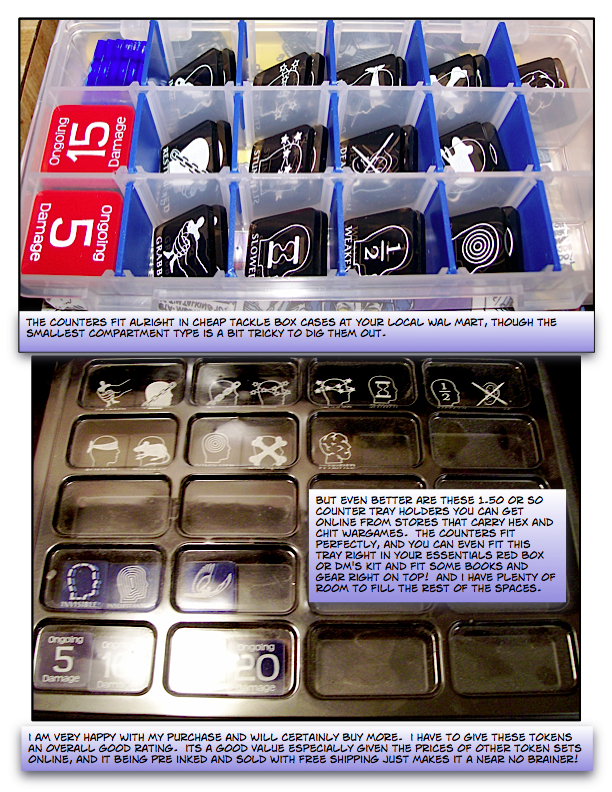 Yep.  If after reading the review you are interested, their webstore is located here: http://dapperdevil.com/ .
Posted by Captain Rufus at Tuesday, November 09, 2010 No comments:

I will do a better review and overview when I get around to it, but using an online character generator, it made me THIS: 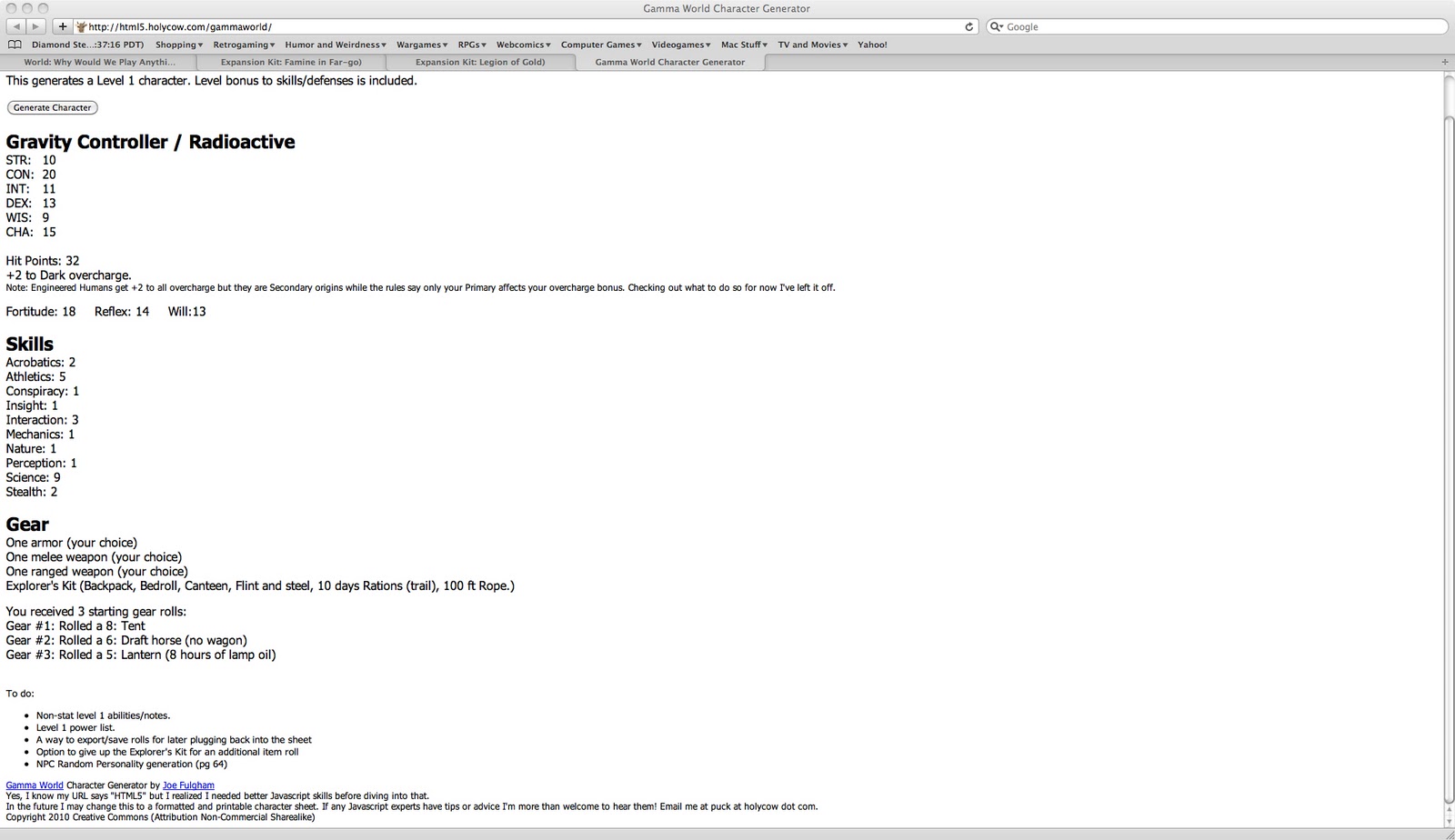 Blobby was a friendly Slime who liked to engage in Slime races and other bouncy related Slime activities.  His day job involved working with a Doctor West on experiments as an assistant.  You see Blobby had graduated from Slime College and was thus smarter than your average Slime and his toughness made him quite resistant to the random explosions and tentacle zombie outbreaks that were the result of most of Doctor West's experiments.

But one day Blobby when fighting back yet another angry tentacle zombie intent on doing tentacle-y things to Doctor West's rather attractive girlfriend he accidentally got stabbed with a syringe full of the strange green glowy goop that makes said zombies.

He grew from a small Slime into a large one.  (He is now about 1 meter tall in normal form, though he expands to twice that if he needs to block laser beams and such from hitting friends.) A radioactive one.  But he still does his science bits on his own now as an explorer.  You see now whenever he takes damage, parts of him fall off (don't worry he grows his slimeness back!) as delicious Slushie bits.

Doctor West was getting a little ticked that his girlfriend was playfully slapping Blobby and then licking and or sucking off the tasty frozen beverage residue created.

So Blobby left to explore the world, his mother and father giving him a Clydesdale horse "Cloppy" and a nice Transformers branded play tent he uses as the saddle.

I am not sure what kind of paint WOTC staffers were huffing when they came up with the dual origin system for this game but I kind of love them for it.  With a little creativity you can make such wonderfully silly characters as the one above.
Posted by Captain Rufus at Saturday, November 06, 2010 1 comment: